All Posts in gala

It was 2011 and I was showing pictures of rubylith and T-squares to a tittering crowd at the MCA, recounting the many acts of Marian Halliday. This everlasting pillar of Colorado’s creative community was about to receive the coveted AIGA Fellow award, and I had the honor of introducing her to the audience. Highlighting her achievements was easy; the difficult part was doing justice to her shining personality. So I opened with her signature “helloooooo” and the rest took care of itself.

Fast forward six years to the lobby of Gensler. I’d convened the Advisory Board for their first meeting of the new year and we were gathering at Amy Siegel’s office. I was excited to spend time with Amy as I’d always admired her for being a founding member and great mentor in our community. Marian was there, being a valuable fixture of the chapter, always the “doer”, the helper and connector. That was when she draped an arm around each of our shoulders and said, “Guess who are the newest AIGA Fellows?”

It was now May 19th, a snowy, cold spring day turning to dusk. I was sitting in Room and Board, wearing the dress Karl and I found in Rome on my 49th birthday six months before. Rotating delightfully in a half-round, chartreuse chair, I surveyed the setting. Marty had the microphone talking about 1985, incoming president Victoria and outgoing president Jess beamed in the background, and past president Elysia was running the laptop. My posse was poised in front of the screen — the EnZedders, treasured collaborators, clients, friends and college roomies coming from out of state. Alexis was live streaming it all for my family in New Zealand to see on Facebook. To the other side, a swash of Fellows were seated with familiar and new board members, volunteers peppered in amongst them. I could see my 27-year-old-self in some of their faces, full of anticipation of what might come next with party lights in their eyes. AIGA had brought the lifers, the newbies and the mentors together in one room. 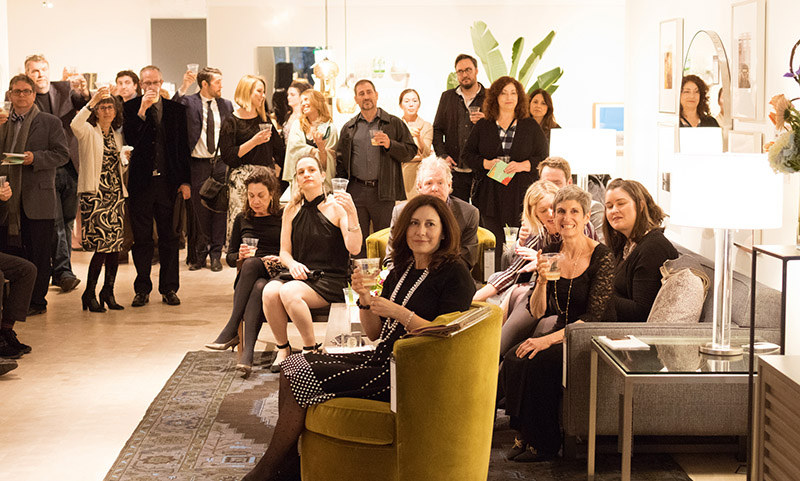 Amy’s video rolled. Her path was different than mine, discovering commonalities and friendships through swimming, developing talents and mentorship programs through working. But our roads were now converging. After a heartfelt tribute from her boss and an elegant acceptance from Amy, my video rolled and Marian took the floor. She had a scroll with a large red ribbon. She untied it and, like Santa’s good-girls-and-boys list, it unfurled dramatically and dropped down to the top of her toes. And so began my introduction. Marian asked. I said yes. Repeat. Repeat. Repeat... A yes is what plunges you into all sorts of interesting things.

The AIGA National Fellow award program is a means of recognizing seasoned designers who have made a significant contribution to raising the standards of excellence in practice and conduct within their local or regional design community as well as in their local AIGA chapter. The areas of education, writing, leadership and reputation as well as the practice of design are given equal consideration in measuring significant contribution. AIGA is the professional association for design with more than 25,000 nationwide organized in 72 chapters. Colorado’s chapter was established in 1990. 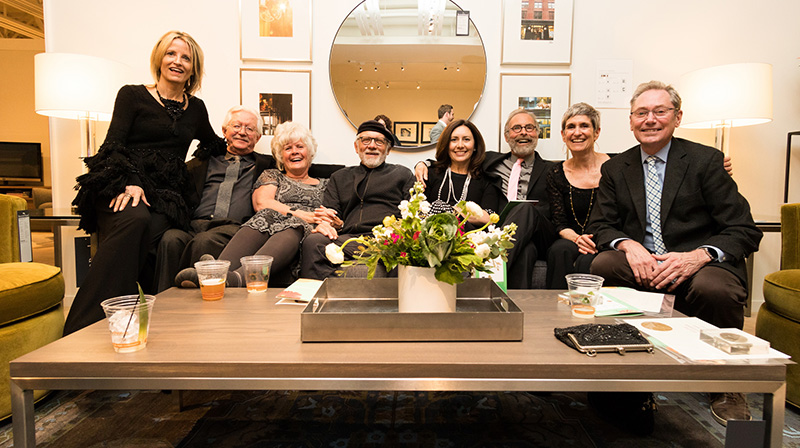 AIGA can act like a mirror. If your career is stagnant, it will present those who are doing what you aspire to, sometimes providing inspiration, other times frustration. If you’re in a place of change, it can provide the springboard to inspire new thoughts, approaches and collaborations. If you’re feeling your power, it offers you a way to give back or reconnect. It’s all about your view of your situation and how you choose to engage with those opportunities around you. I’ve gone through all those stages and I expect I’ll do so again. Thankfully, I can’t say no to you, Marian … ahem … AIGA. But I can say, no regrets.